Ever wondered which type is better, fluorescent lights or light-emitting diodes? Well, here is a comparison and an in-depth discussion of these technologies.

What Is a Fluorescent Light or a CFL?

These are a type of gas discharge light, also commonly referred to as HID or arc lights. CFL is an acronym, which refers to Compact Fluorescent Light. The standard fluorescent lights are available in tubes, which often average between 48 to 84 inches in length. Also, the CFLs are smaller, and the tubes imply the term “compact.”

More so, the CFLs were developed to replace the conventional applications for incandescent bulbs, and are also long lasting. Plus, the fluorescent lamps produce light by regulating ultraviolet emissions, all thanks to a fluorescent coating.

UV radiation is produced by an electrical charge, which passes through an inert mercury glass in the bulb. Then, electricity triggers the gas, and this produces ultraviolet radiation as a side effect. Fluorescent lights require ignition, which is produced by a voltage pulse, or an electrode.

Even if starting is simple with small tubes, the abundant large require higher voltages. In the past, fluorescent lights used to have a “warm-up” period, which was to help evaporate the internal gas into plasma. That said, there are many near-instantaneous starting technologies which work well with fluorescent lights.

Also, you should note that fluorescent lights become less effective over time, as they require more voltage to produce the same light lumen levels What’s the Upside to Fluorescent Lights?

Used for well over 100 years, fluorescent lights are high-efficiency lighting fixtures which you can use to light a large area. The lights are highly efficient and last longer than incandescent bulbs. That said, they fail both categories when compared to LED lights.

What are the Major Drawbacks of Fluorescent Lights?

Some of the critical deficiencies of fluorescent light include:

Where are Fluorescent Lights Common?

The typical applications of fluorescent lights include schools, warehouses and commercial buildings. Furthermore, they are also commonly used as replacement lights and for residential applications.

What is a Light Emitting Diode (LED)?

LED refers to a light-emitting diode. A diode is an electrical component that features two electrodes, which are the anode and cathode. These components regulate the flow of electricity, usually in one direction. More so, the diodes are made using semi-conductive material such as selenium or silicon. These are solid-state materials that will conduct electricity only in specific instances such as current levels, light intensities and particular voltages.

When current travels through such a material, the result is that it produces light. LEDs have long lifespans when compared to most types of lighting technology. A new LED can last for as much as 50,000 hours or more. In comparison, a Fluorescent light may only average at the 10,000 mark.

LEDs are also exceptionally efficient and in relation to the commercial lighting technology out there today. They waste little energy in infrared radiation, and they produce light which goes to a specific direction.

LED lights also often consist of a small number of components when compared to fluorescent lights. They also provide high-quality light despite having simple structures.

Other Benefits of Using LED Lights?

Aside from being highly efficient, these lights also have some small perks that you should consider. They include:

Check Our Recent Buying Guide about  How Do LED Lights Work?

What’s the Downside to LED Lights?

With all these unique benefits, one would think LED lights are a no brainer. Even if this is increasingly the case, there are few trade-offs you have to consider. They include:

To be specific, LED lights are usually costly. The cost associated with such a lighting project is generally higher than most options. It’s one of the largest drawbacks of using LED lights. That said, their prices have been decreasing stably over time, as they become increasingly popular.

Where is LED Commonly Used?

The first everyday use of LEDs is in circuit boards for computers. Over the years, they have become popular in other components including lighted signs, traffic lights, indoor lighting and more. Similar to fluorescent lights, LED lights are also ideal for applications such as gyms, schools, buildings and warehouses. More so, they are also easy to adapt for large public areas, such as road lights, parking lots and more.

Q. What is the difference between a fluorescent and LED light?

A. These are two different technologies and different methods of lighting. The fluorescent bulbs have inert gas, with the glass casing, while LEDs have solid-state technology. More so, the fluorescent lights produce UV and then converts it to visible light, by using a phosphor coating in the bulb. Also, the LEDs produce electromagnetic radiation through a small portion of the visible light spectrum. The benefit of this type of light is that it won’t generate waste energy.

Q. Why can LEDs put fluorescent lights out of business?

A. Over the past few years, the efficiency of LED lights has been better than fluorescent lights. Moreover, the many efficiency improvements are increasing over time. Also, the fluorescent lamps have to use ballast, to help stabilize the flow of internal current. If the ballast has a slight imperfection or damage, the light will produce a buzzing sound when in use. Other drawbacks of such lights include:

Q. Fluorescent lights can lead to retrofit issues due to their long shapes

A. Fluorescent lights are also associated with waste disposal issues due to mercury

Fluorescent lights are non-directional, meaning that they produce light through a 360-degree shape. As you would expect, a large amount of this light goes to waste.

Q. Why would LEDs Put Compact Fluorescent Lights (CFLs) Out of Business?

A. Even if the efficiency of fluorescent lights has increased, LED lights are better. More so, LED lights offer more longevity. Fluorescent lights have to use ballast to help regulate the flow of current, which produces light. When the ballast is damaged, the light will create a buzzing sound in use. Other complications include waste disposal issues and the production of non-directional light.

A grow room requires the best conditions to ensure optimal growth of plants and the ideal yield. As such, crucial components such as grow, lights need proper selection. In this guide, we have identified some of the best LED vs fluorescent lights comparison factors you should consider. In the race for the top position, the LEDs definitely have it, and also offer way better longevity than the fluorescent bulbs. More so, even if the fluorescent lights are affordable, they are nowhere near in performance when compared to the LEDs. As such, the ideal light for a grow room would be LEDs, which are sturdy and won’t lead to the waste of light. 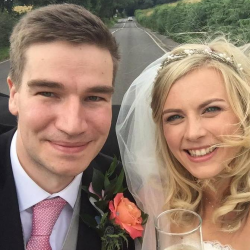 John Terry
Hi, John Here! When I'm not busy working at my own startup, you may find me roaming around my indoor plants, playing CoD with my wife and kids, or hanging out with pals.

How to Insulate Grow Tent