Home » Environment » How Long to Keep Fans on in Grow Room?
EnvironmentVentilation

Take a look at your garden outdoor, or the local park. You’ll see how perfectly mother nature ensures an abundance of natural winds for plants. And as an indoor grower, you’ve to play the same role for your plants. At least, as much as you can.

To keep the airflow on, it’s important to buy the right fan, set it on the right power and to learn how long to keep the fan on in grow room. And that’s what this post is all about.

For people who’re in a rush, here is a snippet of what we’ll be saying throughout the whole content-

When it’s the light period, the usual advice is to keep all fans moving. During dark hours/night, check the temperature outside and set the scrubber fans accordingly. During flowering or seedling stages, ensure abundance of dry air and CO2 by running inline fans. However, keep the oscillating fans rolling in every situation.

Interested in more broken down discussion? Here you go-

What Roles Do Fans Play In Ventilation?

Fans do play the most important role in the whole ventilation system of your grow room- no denial on that. Before you decide the on-off cycle of the fans, it’s important to keep their functions in mind.

Plant’s kind of respiration is to inhale the CO2 around the leaves and grow themselves through photosynthesis. And the process is continuous at both nights and days.

In ideal growing environments, plants use up the CO2 surrounding its leaves in every 20 or 30 minutes. So, you need to keep the airflow going on to let the plants breathe. And fans are the only tool in rescue.

Fans keep the air flowing, and that keeps the temperature under control. Lack of regular air exchange through fans will increase the temperature inside, and that would be even worse due to the radiant heat from the lights(even when they are off).

Too much humidity brings on unexpected pathogens to take a hold. And what’s the most frequent reason for such a rise in humidity?

Poor airflow- you guessed it right!

Fans are once again, the tool you’ve to rely on to keep humidity level under control

Keep The Odor Under Control

Another secondary but important thing fans(specially exhausts) do is to keep the odor under control. If you’ve been growing for quite some time, you might be well aware of its importance.

Oscillating or Inline Fans- Which Ones We’re Talking About?

Fans are of two kinds in any grow room- inline fans for extracting/supplying air, and oscillating fans to keep air circulation on. As long as we’re talking about keeping fans on/off, we need to define which one of them you’re dealing with.

They’re in charge of bringing/extracting air from or to the growing space. Another important role they play is to keep the temperature under control. And that mostly depends on the presence of lights.

So, the light/dark cycle of the plants plays a massive role to decide when to keep inline fans on and when to shut them off.

These do the job of moving the air around the grow room. Whether inline fans are on or off, it’s important to prevent CO2 or humidity buildup around the leaves, and that’s why oscillating fans are in.

Therefore, oscillating fans are likely to be running for more hours comparing to inline fans. In most of the cases, it’s 24 hours a day.

Case 1: Based On Light/Dark Hours

How Long to Keep Fans On Why Light’s Are On?

It produces a tremendous amount of heat and moisture while the lights are on in your grow room. So fans should be circulating at their level best throughout the hours.

As long as the light system is on, you need to keep every inline air exchange system working- that’s the rule of thumb.

The air exchange demand based on the heat and humidity produced can be determined through a cfm calculator. However, you should custom the fan speeds based on that.

Same as the inline fans. Keep them rolling throughout the entire light period. It’s best to stick them to their maximum speed if it doesn’t reach trouble with the plants.

How Long to Keep Fans On Why Light’s Are Off?

As long as the lights are off, the heat production will be stopped. Although, there will be radiant heat roaming around, but that will diminish after a while.

Right after 15-20 minutes after the lights are off, you can reduce the speed of the inline fans using a speed controller. After a few hours(while the temperature and humidity are ambient) of doing so, you can run them on/off at a regular frequency.

For an example- you can keep using them for the first 15 minutes of each hour, and keep them off for the rest of the hour. And keep continuing the process until the next light period.

When lights are no more on plants, no more heat is generated. And the photosynthesis process takes a break. But however, plants keep breathing and leaving vapors around the leaves.

So, oscillating fans still need to be on duty. But you can deduce the speeds by a few degrees with the default speed controller they come with. And keep them rolling like that till the next light period.

Case 2: Based On The Stage Your Plants Are In

How Long to Run Fan on Seedlings Stage

For growers who grow on their own, ensuring proper ventilation is a must from the very beginning. And it all starts from the seedling stage.

New seedlings are quite vulnerable to diseases sourced from damping-off air. So, you need to ensure regular air circulation around them for 24/7.

You may schedule the exhaust fans based on the temperature and humidity, but the oscillating stand-up or tower fans should always be rolling on. Thus, it can prevent the soil from being dry, and keep a gentle breeze whining around the seedlings.

How Long to Run Fan on Flowering Stage

Flowering is the most important part of the whole growing process, specially for cannabis growers.

As always, both exhaust and oscillating fans should be running during the light hours. But when it comes to dark hours, you need to do some quickie maths.

However, when your plants are in late flowering, they might stink with odor, and embarrass the whole space. So, the best policy is to run scrubber fans 24/7 at late flowering stage.

Case 3: Based On Night/Day

Should You Keep Fans On or Off at Night?

This is one question we noticed growers to ask a lot.

Check Our Recent Buying Guide about  How Many Watts Per Square Foot for Led Grow Lights You Need?

Well, the answer is- it depends on how cold it is out in the night. To be more specific, colder nights would turn plants into a troublesome situation if you keep the fans on throughout the night. If it’s a decent summer night, you may set a schedule to periodically turn on and off the fans.

Note: We’re assuming that you set the dark hours for your plants while it’s the night.

Other Things to Keep Eye On

Throughout the entire article, we’ve crafted this entire note on how long to leave the fan on plants. But there is no rule of thumb in this case. It depends on a few other factors such as-

How Powerful The Fan Is?

You can’t run just any random fan for 24/7 just because it looks cool. Too much energetic air movement may backfire and induce branch breakage or stem.

Is The CO2 Scrubber Stopped for A Long Time?

CO2 filters do play a role that’s mandatory for the plants. And technically, when air intake/extraction is stopped, CO2 also stops working. Sometimes it may bring on the troublesome situation when you keep the extract fans off for a few hours. 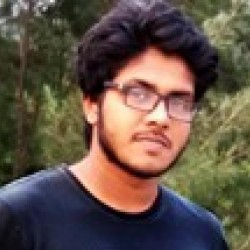 smsaleh
I'm Saleh, a hobbyist DIYer, and a blogger. Whatforme.com is my little place on the web to express what I've learned first-hand, specially about home improvement.

Latest posts by smsaleh (see all)