How Do LED Lights Work?

Evolution in lighting technology has led to the invention of various illuminating alternatives for consumers. LEDs are one of the best inventions seen in the lighting industry. You have probably seen the tiny red light in your remote or the light that comes on when electrical appliances are on.

This article will discuss LED lights which stands for light-emitting diodes, by looking at how LED lights work, how long they last and the benefits of switching out your incandescent lights for LEDs. If you have previously wondered what the LED hype is all about, this article will shed some light on whether these tiny and sometimes colored lights are worth it.

LED bulbs are tiny light bulbs fitted into an electric circuit. A Light Emitting Diode(LED) is a semiconductor, typically aluminum-gallium-arsenide (AlGaAs), that emits or produces light when electric current flows through it. This happens when the semiconductor’s electrons combine with electron holes to release energy. The energy released is in a form called photons, which are units of light.

Since their invention back in the 1960s, LEDs have evolved to serve a range of uses. Earlier uses of LED lighting were in calculators and remote controls. However, with advances in lighting technology, LEDs are used to illuminate traffic lights, light up watches, inform you when electrical appliances are turned on and on digital clocks to form numbers. In addition, these tiny little bulbs are majorly applicable for lighting spaces in homes and offices, among other vast applications.

So, how does this happen?

How Do LED Lights Work?

To take you back to that afternoon Physics class, a diode is a semiconductor that allows electric current to pass through it. Typically, semiconductors are made of poor conductors that contain impurities. Alternatively, impurities can be added to the conductor through a process called doping. This helps to make the semiconductor more conductive.

A light-emitting diode is formed to have a sector consisting of N-type material connected to a P-type material section. In addition, electrodes are present on either end. However, this type of arrangement conducts electricity only in one direction.

Applying voltage to the diode forces electrons from the N-type material to fill the holes from the P-type material along the P-N junction. This, in turn, forms a region known as the depletion zone. In addition, electricity cannot flow in this zone because the semiconductor has been returned to its original state. This is because all the empty holes have been filled, leaving no free electrons or spaces for the electrons.

How Is the LED Light Produced?

Moving electrons in an atom release energy in the form of photons. Photons are particle-like packets with momentum and energy but no mass. In addition, they are the most fundamental units of light. Still referencing the physics classes(who would have known atoms would come to make so much sense later on in life?), electrons in an atom move in orbitals with the greater energy electrons moving far away from the nucleus.

Energy in the form of a photon is released when an electron drops from a higher to a lower orbital. Conversely, when an electron jumps from a lower to a higher orbital, it needs the energy to boost it. The amount of energy released during an orbital drop is described in terms of frequency. Thus, high frequency refers to a greater energy drop and vice versa.

The energy change in a diode cannot be visible using the naked eye. However, if a diode is composed of certain materials, such as standard silicon, then you can see the diode. This is because different materials have a carrying gap between the conduction band and the lower orbitals. This gap determines the photon frequency and, ultimately, the color of the LED light. In addition, this explains the difference between infrared LEDs and visible light-emitting diodes(VLEDs), among other in-between colors of the visible spectrum.

Why Should You Get LED Lights?

While LED bulbs have more benefits than compact fluorescent and incandescent bulbs, they have downsides that make the latter popular. Some of those disadvantages are:

Can You Put LED Light Bulbs in Regular Light Fixtures?

LED bulbs are designed to be used as replacements for standard lighting bulbs. As such, they can be installed directly in the regular light fixtures to provide light. So, for example, if you were formerly using compact fluorescent or incandescent light, you could replace those bulbs with LED lighting ones.

However, there are a few things you ought to put into consideration. The LED light bulb you choose needs to have a shape and base that is compatible with your current light fixture. In addition, you need to ensure that the bulb and the fixture have the same wattage. This ensures that the current flowing through is not too high or too low. Since LED bulbs are manufactured in various shapes and sizes, finding the perfect match for your lamp or chandelier should not be tasking.

Wattage could be confusing for most buyers thinking that LED bulbs use the same wattage as CFL incandescent bulbs. However, this is not the case. An LED light bulb uses fewer watts compared to other bulbs to produce the same light output. For example, a 60-watts incandescent bulb and a 10 watt LED bulb will produce the same light output. In addition, since the LED bulb uses less wattage, it will use less electricity per year hence reducing your utility costs significantly.

As a rule of thumb, you should go for a low-wattage LED bulb when looking for a replacement for your current incandescent bulb.

How Long Do LED Lights Last?

On average, an LED bulb can last up to 25,000 hours. This is a long time compared to incandescent and CFL bulbs that have a lifespan of 1,000 and 10,000 hours on average. This is because an LED bulb is primarily designed to be effective, durable and long-lasting. Although they are more expensive to acquire than their counterparts, LED lights give the same light output while being cost-effective and consuming less energy in the long run.

Check Our Recent Buying Guide about  LED vs Fluorescent Lights

What Color are LED Lights?

LED lights come in varying hues and temperatures, ranging from cool white light to warm yellow. It is crucial to note that these lights are cooler than other light bulb types. Therefore, the color temperature produced by an LED bulb depends on the coolness or warmth of the bulb.

How to Maintain LED Lights

As much as LED lights are durable and long-lasting, taking great care of them is key in enhancing their longevity. Below are a few tips you can enact to ensure that your lights last longer.

Because of the nature of LED bulbs, the slightest amount of dirt or dust particles could cause it to be ineffective. To prevent dust particles from getting into the frames or the semiconductors, you can clean the bulbs often as need be.

Another alternative is to buy the lights when they are covered and protected. This is also applicable to your light fixture. When you don’t keep the light fixture clean, dirt and debris penetrate, causing your LED lighting to flicker, which can be irritating. Hanging your lighting in a high area and giving it a good wipe frequently ensures that it lasts long.

2. Keep Away from High Temperature

Before purchasing an LED light, you need to consider the environment where you’ll put them. For example, LEDs do not like being put in areas with high temperatures or direct sunlight. This is because the high temperature causes the adhesives in the bulb to lose their strength.

When this happens, the most common outcome is that your lights will fail to work. In addition, this is the same reason why LEDs do not produce heat. If the only option is near direct sunlight, you may consider getting LED solar lights since they are more heat-resistant.

While it may sound absurd to keep a light source near a wet area in the first place, you must keep your LED lights in a dry environment. This is because humidity resulting from water beads forming on the lamp causes the light to short circuit. Worst case scenario is your entire building losing power. To prevent this, you can opt to get an industrial LED lighting fixture that is IP65 or higher. In addition, a waterproof LED bulb will be sufficient. 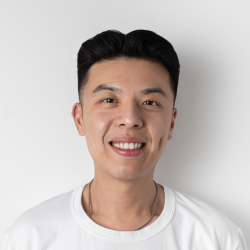 Latest posts by indexsy (see all)

How to Make THC Oil in the Simplest Steps Possible